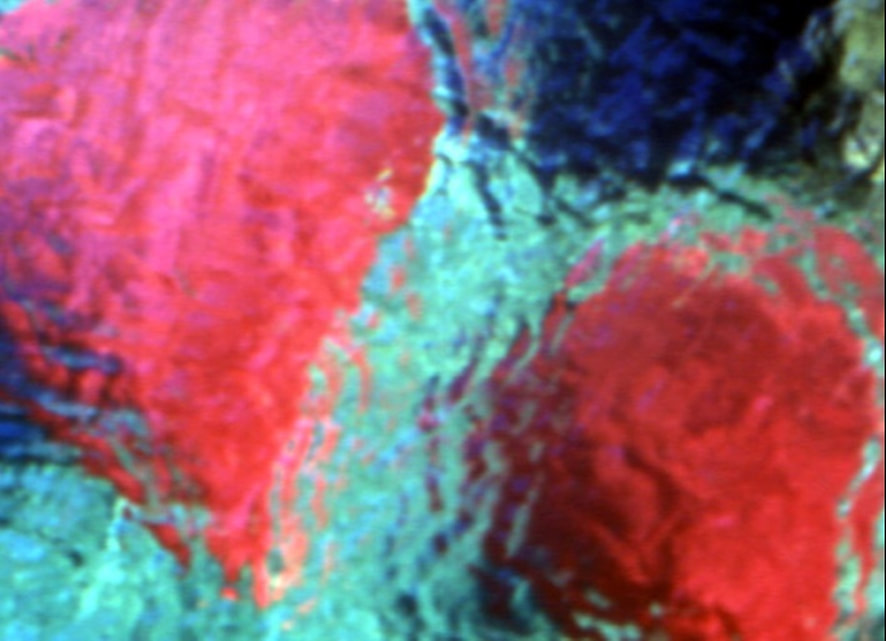 Three fabric cones places in a section of the River Esk in the Lake District April 2000.
Designed to be light enough to carry a few miles up into the Lakeland fells, these were constructed of lightweight nylon and had light steel sectional hoops as weighted bases. They were designed to be thrown into their location and initially planned as emergency markers. Despite being the dawn of the digital age, underwater filming was no where near as straightforward as it is now. This work were shot on 35mm film that was subsequently scanned and a set of four 1200mm x 800mm digital transparencies produced. The transparencies were initially presented at Sunderland University and subsequently shown in Tynemouth Metro Station. The process of creating temporary work in remote locations and recording then relaying it to other situations has been an ongoing aspect of my working practice. 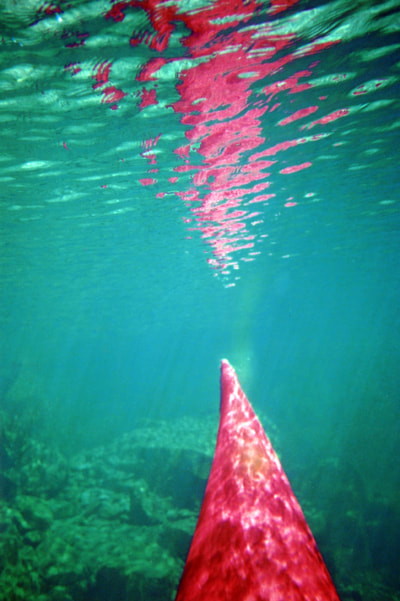 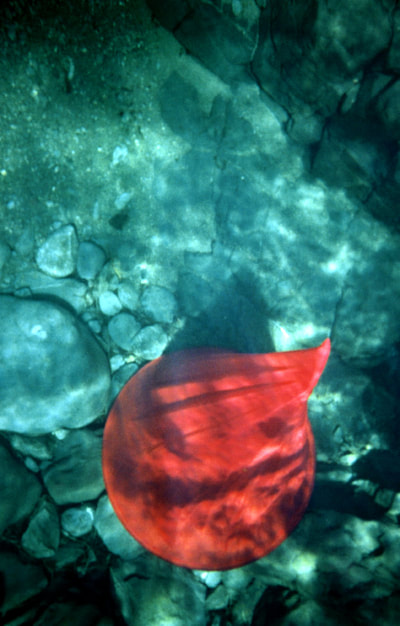 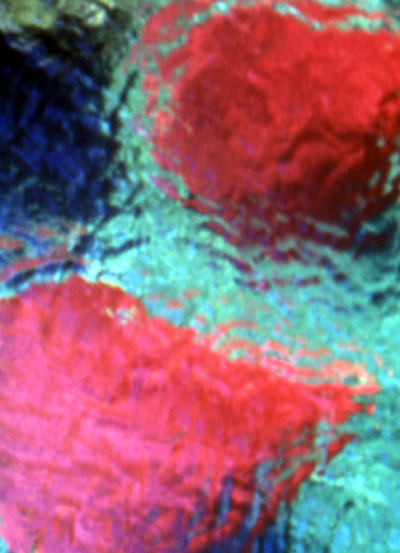 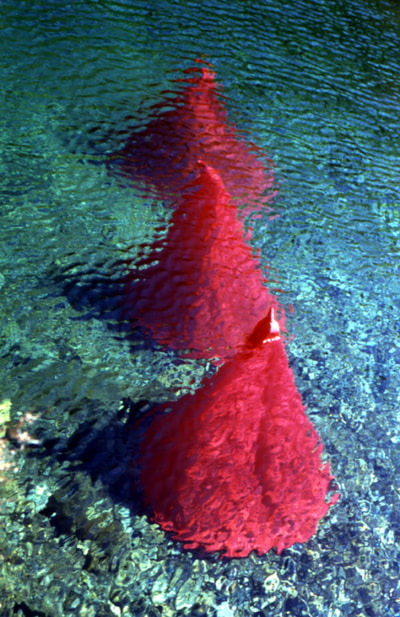